Home Blog Minecraft commands – the best and most used commands 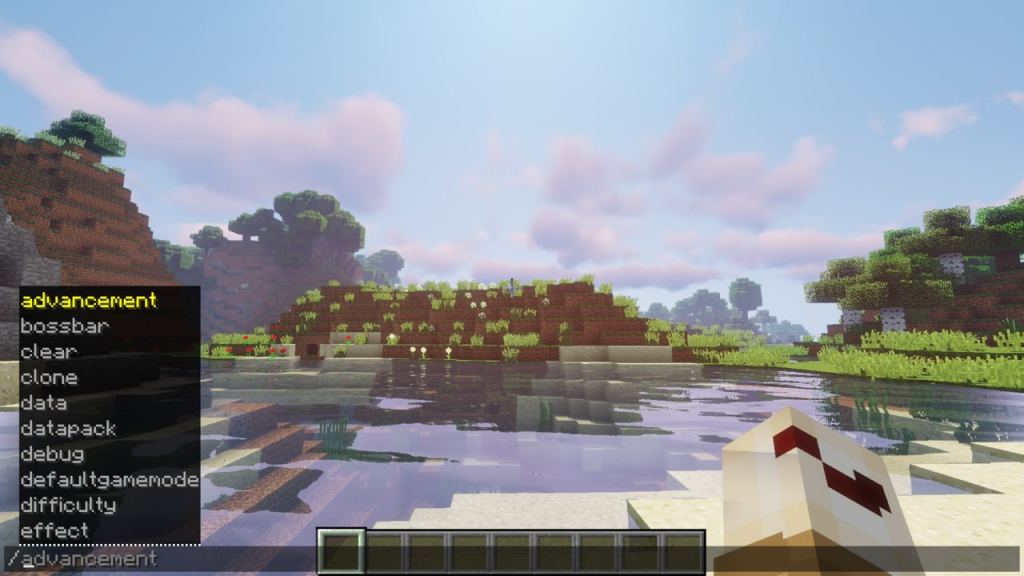 Minecraft commands are most used by advanced Minecraft players. There are plenty of this commands but we will, for now, just describe some of them.

Use Minecraft commands in console for improving Minecraft experience, fun or cheating

When you open the console in Minecraft in latest version is a lot more easier. To start typing Minecraft commands just press T on keyboard, and after that press / character. All commands will be (from version 1.13) shown, and you can select commands with UP or DOWN cursor, or just with pressing on TAB key.

Minecraft most used and most popular commands

This commands will change gamemode of Minecraft, in some cases it is impossible to change gamemode. If you are playing downloaded map and you can’t change gamemode, then you must open the game to LAN. In option go to OPEN TO LAN, and set Allow Cheats on ON and start LAN game. If still changing of gamemode doesn’t work, close the map, save and quit and try it again. Load map, open to lan, set allow cheats to ON and try console command.

In older version than 1.13 of Minecraft you can use for example for creative gamemode also this commands:
/gamemode creative
/gamemode c
/gamemode 1


But from Minecraft 1.13 and later this commands are obsolete. It is better to have just one unique command and in Minecraft console you can now use TAB key to finish your commands. Just try to type few first characters of command and use TAB key. It’s simpler than ever.

With this command you can call the sun or moon, day, night, noon and midnight.

With summon command in Minecraft you can summon almost everything. For example to summon chicken or cow, or if you have installed some new mods, you can call all new animals or mobs which this installed mod brings.

How to enter the command in Minecraft

1. You must open the talk or chat window. On computer just press T for talk, but on other games consoles it is different.
– on PC (Windows or Linux) or Mac just press T key on keyboard
– on Pocket Edition (PE) of MInecraft just press the small chat icon
– Xbox One – just press on D-Pad right move control
2. Type the command, finish the command with tab if you don’t like to type whole commands, or just press TAB for suggestions
3. When you choose or typed your desired command, press ENTER

If you think that we can add some other most used commands please share that in comments section below.